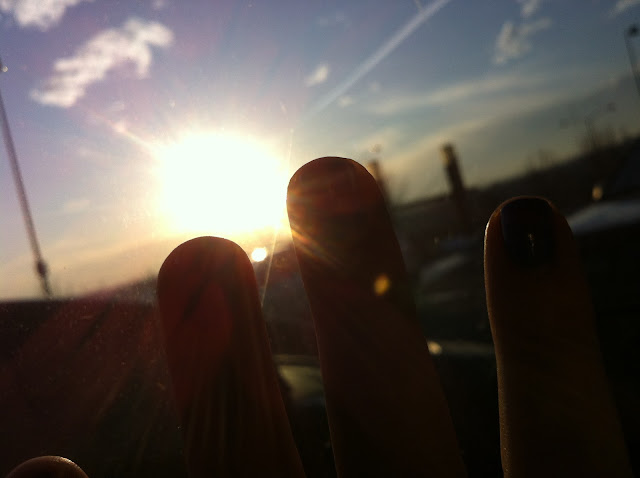 I'm an extrovert. Have been since the beginning of this life, as I know it. I've told this story before, I know, but when approaching the playground in my new neighborhood at around age 3, I am said to have exclaimed, "Look at all those kids! They're going to be so happy to meet me!" So I mean, it just kind of is what it is.

As such, I've always been the type of person who has maintained a solid array of friendships at any given time. Sure, as I've gotten older and somewhat removed, at least by distance, those relationships have changed and altered somewhat, but I've always been sort of an overachiever about it. And I try. I really do. I work so hard to not get flakey, and believe you-me, it's easy for me to veer in that direction. With what I like to think are really, really good intentions, it is a regular occurrence for me to over-commit, double-book, and end up not getting everywhere I want, when I want.

Another trick about being me is I'm not terribly organized. I rely heavily on myself to write down anything and everything that needs to be remembered in a place I can trust I will think to look again. I can be a little oblivious about the details, as it were. This means when it comes to maintaining this level of social activity, I have had to learn the importance of nailing down hard dates and times, and to have a calendar to write it down in immediately as the plan is made. If I leave an interaction with "oh yeah we should definitely hang out sometime!" or "we'll be in touch!" it's not that I don't want to see you, it's not that I don't value who you are, but there's a good to very good chance we definitely won't hang out or be in touch in any kind of timely fashion. (To be fair, I have lots of friends who are better at this than me, and for them I am eternally grateful. I also have a lot of other ENFP pals, though, so basically our lasting friendships are doubly impressive.)

In church a while back, in a discussion about prayer, my pastor suggested scheduling time for it. He detailed for us his prayer "schedule" - the times during the day he sets aside to pray, and he compared it to maintaining healthy relationships. He made a comparison I related to easily, as it is basically exactly what I just said to you about keeping up with people I care about. Essentially, if not a little dramatically, I have to force myself be organized in order to keep my relationships alive. But I have a harder time with that when it comes to my prayer life, and, by extension, my relationship with Jesus. It's always seemed to me that loving Jesus should automatically override all of my natural inclinations (ha!) - that having to schedule or pencil in God had to be on a list of "don'ts" somewhere. I mean, right?

So to back up a tick, it's not that if we don't have a scheduled plan I won't ever see you again - because eventually, I'll miss you. And maybe I should be embarrassed to say this - but I realized last night I miss Jesus. In just the same way I miss my friends when I begin to feel disconnected from them during the summer when we're all gone and busy and our schedules are all screwy. It's not that I believe God's been vacationing on opposite weekends amidst my busy summer schedule. It's that I've failed to make the time and effort and calendar-solid plans I know are necessary to properly engage in the level of relationship I want.

I often joke that invitations are my love language, but it's a little bit true. One of the ways that I feel the best loved, the most cared for, is in pursuit. I love to be invited. I love to be pursued for my time and my company and I try (really) to pursue people I love in similar ways. I haven't been doing a great job of pursuing time with Jesus. It's always been hard for me to conceptualize that Jesus is pursuing me, always. And if we're being honest, as a result, sometimes I can be a real flake about it.

I was feeling lonely. And worried. And anxious. I felt sad, a little, and I wasn't even very sure why. Which is when I realized what (who) I was missing. I realized, sort of abruptly, that I was longing for an invitation. Even more abruptly I realized it was one that was already being extended to me.

As I write this, and ok as I cry a fair amount about it because hellooo I am the queen of emotions, I can't even decide what example I want to use for this concept of a standing invitation, simply because there are so many. But probably because I was reading some Jon Acuff today, I am stuck on the parable of the lost son. I am stuck on the image of a father who, while his son is still a long way off, sees him and is filled with compassion for him, runs to him, throws his arm around him, kisses him.

The father throws a full-on freaking party, in fact. All because his kid who was gone (frankly, because he was being a big flakey loser) has accepted what was, quite apparently, an open invitation to come home.

You're such a strong writer, and I think you're a kindred soul...although I'm firmly J on the MB train. Where are you in the world? Do I even know? (I'm outside of Richmond, VA.)