no but seriously, what do I do now? 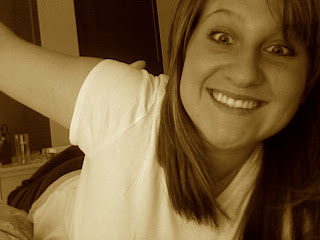 Six years ago in August, I moved to Denver. Look at me, so young and unassuming. Hanging out in my grown up apartment, using the photobooth feature on my new MacBook. I'm sure it was later at night than I am able to stay up nowadays. There I was, in all my 22 year old glory, adulthood staring me in the face, deciding to start a blog, and ready to take on the crazy world - starting, of course, with myself.

I just can't believe it's been six years. I mean, I was fine then. I knew some stuff about stuff. I was kind of into running for the only time in my life I can say that about, so that's something. Mostly I look at that picture of me with the sort-of-brown hair I rocked for a hot minute and I can't believe it's the same blonde Zumba-fanatic I am today.
A lot can happen in six years of adult(ish)hood.

Not long ago I found out that after 6 years, a delightful medley of schooling/ having jobs/ excessive amounts of paperwork, I am officially licensed. I have letters after my name. Six of them!(!) I am a licensed counselor of both the professional and addictions varieties, which is exciting. But the thing that's weird about it is that's it. When I started the counseling program at Denver Seminary six years ago, this right here was the end goal. LPC, LAC. Done & Done. 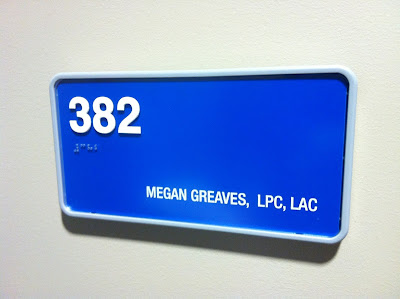 We've now reached the point in the show where I freak out a little because when you're done THEN WHAT? Accomplishing a goal is weird in that on the one hand, I'm super proud of that nameplate. When after weeks of checking online every single day (sometimes more than once) to see if my applications had gone through it finally said "APPROVED," I did an actual dance in victorious delight. But then, of course, I panicked. Because this is the thing I've been waiting for before I do the next thing. But I never was really quite sure what the next thing would be, and oops, I'm still not. So.

It's funny, because I'm pretty easy going and comfortable not knowing a lot of detail the majority of the time, but in this case, I really super hate it. A whole new world of professional possibilities is before me and I have no idea which one of them I want to be doing, yet. I guess this is one of those situations where I have a choice. I can hole up in a veritable psychotic episode of panic and indecision, or I can take a deep breath, be proud of where I am, keep on keeping on, and see what happens.

Since the obvious choice is the latter, let's refocus on the positive with a recap: six years of finally knowing cardinal directions because the mountains are always West. Three hundred (and one!) blog posts. Two apartments, two houses, a million roomies, and one tiny place of my very own (if you don't count the zombies). Two and a half years of grad school, one and a half years of weird half-jobs, two years of a real one, and six letters after my name hanging outside my office. Countless: people I love, jars of Mod Podge, losses to grieve, awesome stuff to celebrate, experiences that sucked but I learned something anyway, etc and so on and so forth forever & ever amen. All of it brings us to my happy little life, today. And I may not be able to stay awake when I start a movie after 9 PM anymore, but at least I can still do this: 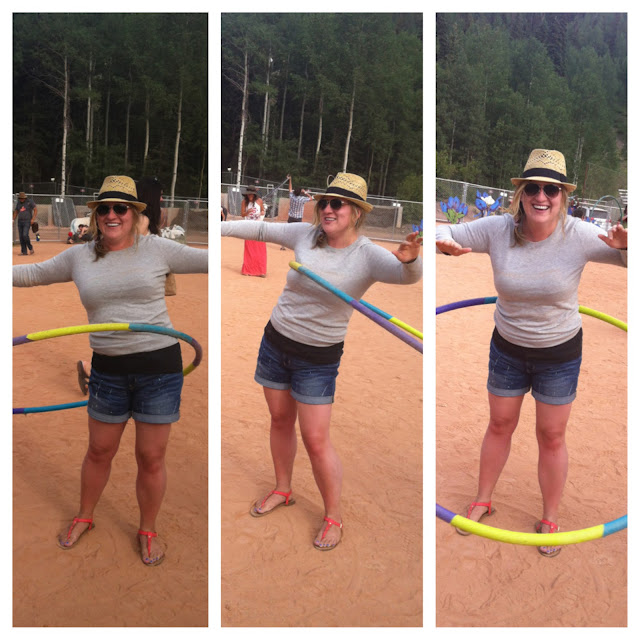 So what do I do now? There'd be no way of knowing. Which is totally exciting or something.
Posted by auntmeggie at Wednesday, July 24, 2013 No comments: Links to this post