and go be it

A lovely recurring thing about adulthood, for me, is that I learn. I learn a lot, and I learn often. You see, in my lifetime, I have believed a lot of things that are not true. I said to someone recently that I feel like lately I just sit back and watch the things I've mistakenly believed to be hard and fast facts of life pop like bubbles right before my very eyes. It is at once the most liberating and terrifying experience of my life to date, and I mean that with the utmost sincerity.

Yesterday while I was walking to the grocery store a few blocks from my house, I stopped at these flowers to marvel at just how quaint my little life was, right there in that moment. And as I stood there, in awe that such perfect colors exist in nature, just steps from my back door, something occurred to me. 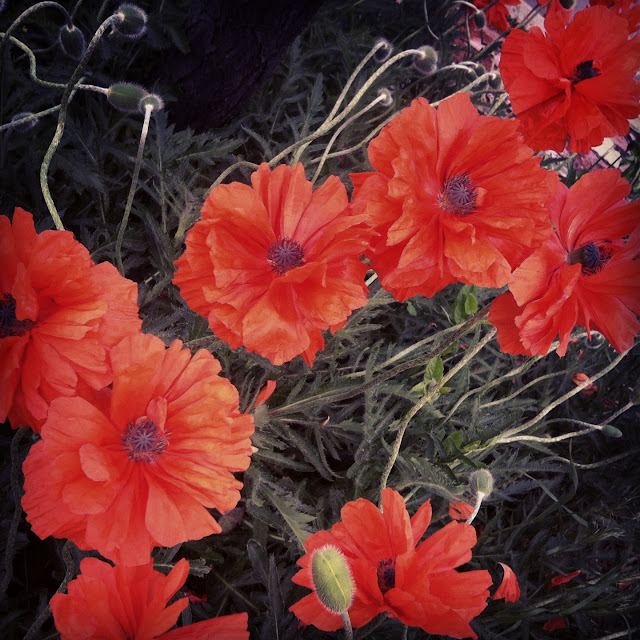 Since I was but a wee tot, I think I have struggled with the belief that the things I wanted to be would come naturally to me. I don't mean that boastfully, like I assumed I would just be good at everything - because I can assure you I sacrificed any confidence I had in my "natural abilities" to middle school athletics a long time ago. This is more the thought that I would be certain ways and not others by no choice of my own. I know that sounds weird, but bear with me. A simple example would be that I am not a morning person. At all. In any way. So I would think, oh, I wish I was a morning person. But alas I am not, so I must push the snooze once more. Woe is me. The reality is, if I was serious about being a morning person, it would take a lot of work. It would take days, weeks, of setting 25 different alarms every morning until one day I finally woke up on time. It's possible. Though I'll be honest, not probable in any kind of immediate time frame.

Which brings us to yesterday: I think I've been in a teensy little bit of a funk lately. One where I am very tired from working with difficult people all day long so I come home and my natural inclination is to drink wine and watch Netflix until I eventually fall asleep. Now, that's all well and good once in a while, but for me that's not a super healthy pattern to get into. I don't want to be that person. So instead, last night when I got home, I walked to the grocery store near my house with a cute yellow reusable bag I have and bought a spaghetti squash and some other things I'd been wanting to cook and I stopped to look at flowers and then I walked back home. It was lovely, and I realized as I looked at those very flowers that I was not a slave to my funk. I had gone against my natural inclination and done something that in the moment had not seemed all that genuine to my immediate desires, and somehow it wasn't disingenuous. In fact, just right then and there, I had chosen quaint and lovely [with a little more effort] over funky and mopey [which would have been easy-breezy]. It had taken some work on my part, but I was being what I wanted to be.

Is it always this simple? Heavens, no. There are about a million other factors in this life to contend with than just choosing to have one quaint evening instead of a funky one, chemical imbalances and whatnot. Even to sustain this one little thing I'll have to make the same choice again tomorrow, and the day after that and the one after that too, which is a little exhausting to think about, if we're being honest. But practice makes perfect. I can be whatever I want to be. It may not come naturally. I may have to work at it. But the great part is, I get to choose. And that's at least kind of fun.

All in all, I think my musical boyfriends the Avett Brothers say it best: 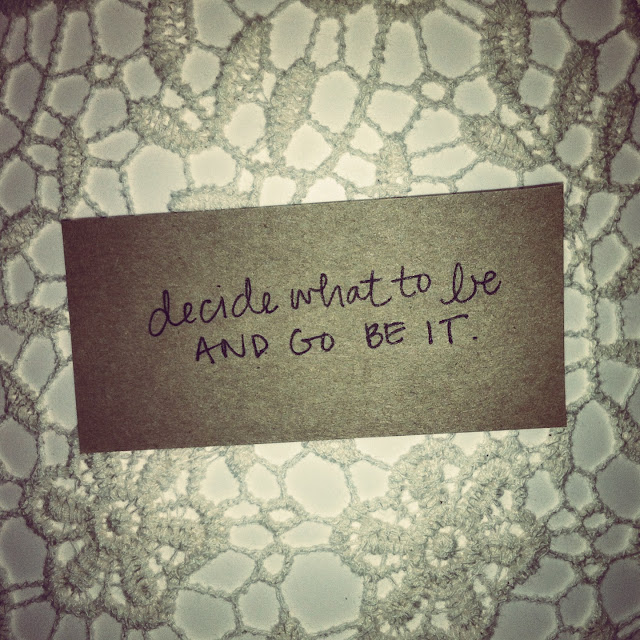 If you need me I'll be here, wearing red lipstick and sleeping through my alarm and walking to the store and cooking spaghetti squash and doing lots of other glamorous activities I have busting the seams of my iCal in order to build the life I want to live.

Be whatever you want to be. Be liberated and terrified. I highly recommend it.
Posted by auntmeggie at Friday, May 24, 2013

Well. To be honest, I feel like the Lord just used you and your post to reiterate what our marriage counselor said to me earlier this week, which was something to the effect of: yes, there's a wire there, but you ain't gotta trip over it. And I think some of my behaviors are things I've believed to be innate and inescapable as opposed to learned and unlearnable. I'm in the process of writing it out in fuller way. Much love to you and your spaghetti squash. xo, Your Fellow Morning Hater