Apparently, I have been in a funk. This was news to me. 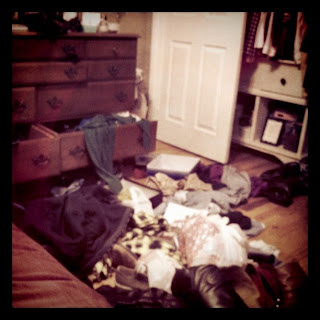 I knew January wasn't going well. And I mean, I had my suspicions that I wasn't pulling it off like I thought I was, but earlier this week my suspicion was confirmed. Someone was talking about me, but the person they described (with truly loving, caring words) was a harried, stressy, mess of a human. And I was a little lot distraught. Are they talking about me? No. Well, maybe. Here is a fun fact about me: my bedroom is a window to my soul. And as such, it serves as a sort of barometer for the state of my life at any given time - and on that particular day, that is what I saw. Shoot.

Anyway, it's never fun to realize that you've not been faking it quite as well as you thought you were. The next day, in hopes of proving I am not, in fact, a disaster, I intentionally straightened my hair and put a little more effort into my morning routine... and about 17 different people told me how good I looked. I chatted a little more and ran around a little less. Someone actually said, "2011 Megan is back!" It was kind of a joke, also maybe kind of not a joke. Pretty sure the January funk = confirmed. And then some.

So I'm making a choice. A choice to not be overwhelmed and flustered and stressy. A choice to calm down a little bit and say yes to more fun things and no to more not-fun things and straighten my hair more often, apparently, because it's a big hit with pretty much everyone. I'm going to not let bitterness grow in me [I will not let you leave that legacy], no matter how many tornadoes* I come in contact with. I know that sometimes moods aren't a choice; after all, I don't remember making a choice to be miserable for a month. But I do think that sometimes you do get the opportunity make choices. And if things aren't working and you know you can do something about it, you're sort of obligated to at least try. Right? 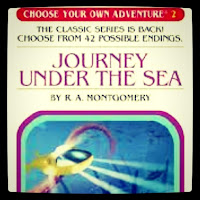 At a very opportune time, apparently, I was reminded this week by a clever, likable guy I know of the the Choose Your Own Adventure books. I loved them growing up - Journey Under the Sea was my favorite, if I remember correctly. Here's how it worked: you would get to a certain point in the story, and you would get to make a choice. Do you want the submarine to go through the secret passageway (turn to page 47!), or back up to the surface for fuel and provisions (turn to page 29!)? From there, all you could do was hold your breath, turn the page, and pray that your choice didn't make the story end. It was pointed out to me that life is sort of like this. We are given choices to make, and based on our choice the story will go one way or the other.

I want to live a good story. One that's entertaining and fun and meaningful and true and free. January was not those things very often. And I have a choice, now, to either do what I've been doing and keep feeling yucky, or try my darnedest to do something different. Today on my way home I stopped at a store and you know what I did? I bought a coffee mug with a mustache on it. Not for any reason other than I thought it would be a stupid little thing that would make me happy in the morning. 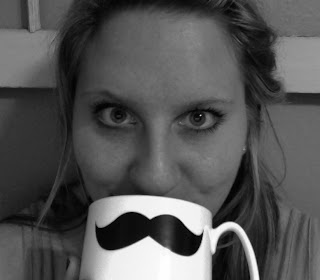 January, you did not work for me. So I'm choosing something different. I've already started. Some days it will be as simple as a mug with a mustache on it, but even on those days, I will still be choosing entertaining, fun, meaningful, true, free. Because it's my story, and I can do that if I want.

*official theme song of my big mood-switch. you're welcome.
Posted by auntmeggie at Thursday, February 02, 2012

I read this while in a particular "mood" after saying a particularly crabby thing to someone who was not at fault. Point? This helped.

You are aware, I'm sure, that I have an entire life philosophy based on choose your own adventure novels?

We'll talk about it sometime.

That moustache looks good on you...especially with straight hair. On the contrary, I have decided to never straighten my hair and let February be the "month of the lion mane." I just decided that a few seconds ago.