One time, in what will go down in history as one of the best conversations I've ever had with my friend Adam, he asked a few of us a simple question: Would you ever date someone for the perks?

So we're thinking, ok, like, if he's an airline pilot, you could go on trips all the time! Or if he's got a sweet house in the mountains you could go skiing every weekend and not have to sit in traffic all the live-long day. Those kinds of perks. But before we could weigh in, Adam went on, and ohhh, am I glad he did:

You know, like a pizza delivery guy. For the free pizza.

Sometimes I wish, when you met people, you got to see a little list of the perks they come with. Because everyone has perks that you can't necessarily see at the outset. And what if you don't get to talk to them long enough to find out that their perks are exactly your dream perks! You know what I'm saying. Maybe you're a better person than me and you never think things like this. But I mean, I think it would make dating a whole lot easier, for one thing. And would be, in general, just kind of a fun thing to know about people. No? 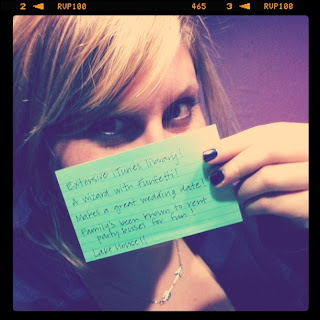 Super fun family! Won free movie tickets for life in a stroke of luck in a drawing at Hallmark once, so you can go to as many movies as you want until the end of time! The Love Language he speaks best is the one you need to receive the most!

Family owns a cruise line! Bakes the best [thing you like best in the world] you'll ever taste in all your life! So good at giving second chances it'll make your head spin! Has a Netflix subscription!

Seat heaters in the car! Won't even be annoyed when you try on nineteen-ish outfits every time you leave the house! Personal friends with the drummer from [your favorite band]! Will watch The Bachelor with you even though he hates it!

I suppose this might take some/all of the fun out of getting to know people. It's possible. Probably the reason life isn't that way is because it would take away the challenge. Now when we meet someone we've got to stick around long enough to find out what all their lovely bits are. Yes, actually, I think I just talked myself right on out of the perks debate - because perks, by their very definition, are benefits which one is entitled to as a shareholder. Boom. You don't get them right off the bat because there's a requirement on your part. You've got to invest first.

So there it is, then. Perks are there, it's to be sure, everyone's got some. But they are like presents you unwrap over time or a bonus in your paycheck you don't expect. You don't get to have them for nothing, you have to earn them, sort of. You have to stick around long enough - through the days that maybe aren't so fun and maybe some of the less lovely parts - in order to get the benefits. People aren't meant to be easy. They're not meant to be advertised. They're meant to be cherished and earned and unwrapped and delighted in, both for their perks and their not-so-perky parts, too.

So, yeah, it'll be a sweet deal if you've got DVR. And you'll probably thoroughly enjoy my family's affinity for party buses. But mostly I want to know that you'll love me even though I'm late to everything I do and my socks never match. And I bet you want to know I'll stick around even when you get cranky and don't fight fair.

After all, those are the perks we're really after, amiright? 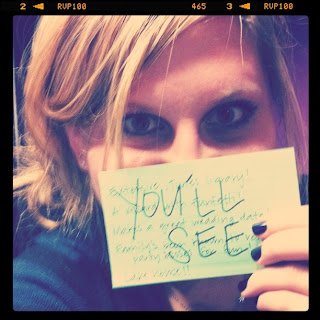 So let's hear it. What kinds of perks are you into? Better yet, what are your perks?
Posted by auntmeggie at Thursday, January 12, 2012

I love to cook and bake. To order.

I get free ski passes and ski rentals.

When I'm angry I cry instead of yell (this perk is debateable).

In high school, since I went to private school, I didn't have prom.

And I dated a guy that sicked me out for THREE MONTHS just because he asked me to go to his public school prom.

I'm sorry if I've already posted this but it's worth repeating... I love you and your blog. Your insights are always right on, the voice is so you (which, noted earlier, I love) and now your pictures are entertaining. What can't you do?!

I miss you lots and can't wait to see what you come up with next!

btw: My family owns a ranch. I'll probably laugh at all your jokes. and I have a subscription to Time magazine.